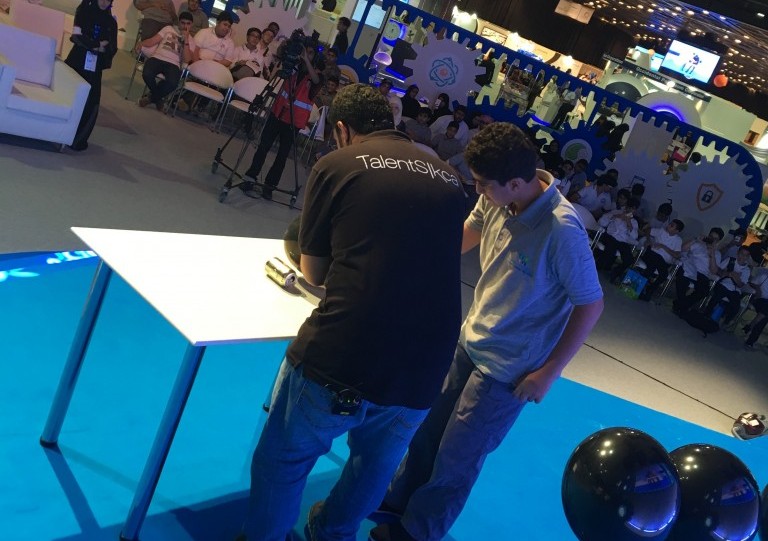 The Think Science Fair is an annual event held under the patronage of H.H Sheikh Abdullah bin Zayed Al Nahyan, Foreign Minister and Chairman of the Emirates Foundation. First held at a national level in 2013 by the Emirates Foundation, this event has grown substantially to the renowned scientific fair it is today.

The Think Science Fair and accompanying large scale exhibition was held at the Dubai World Trade Center for three days in April 2016. Over 640 high school and university students entered fair-run competitions and the event welcomed over 10,000 youth visitors through its doors.

We developed a high-energy, action-packed science show that illustrated the many exciting career opportunities available in science and technology. The show was developed and presented by our in-house team and performed to teens and young adults throughout the event. The show was performed frequently during the event to an audience and live streamed onto large screens around the fair.